Jay Park to take the stage with Far East Movement

Jay Park to take the stage with Far East Movement 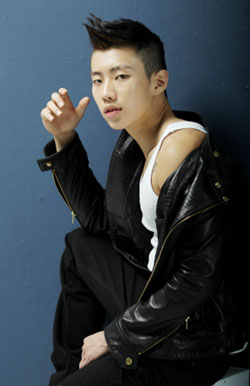 CJ E&M entertainment announced that Korean singer Jay Park will feature at the
“Highlight Festival 2012 Countdown” alongside Asian-American group Far East Movement on Dec. 31. The hip-hop and electronic music festival will be held at the Walker Hill Hotel in Seoul. According to Yonhap, the Far East Movement and Park have been friends since Park’s time growing up in the U.S., hence the collaboration.

Other international acts to perform will be French DJ Sebastian, Justin Michael, DJ Feads, Idiotape and SM Entertainment’s Beat Burger, among other acts.

“The festival will be a social and musical extravaganza,” said CJ E&M.

The festival will kick off at 10 p.m. and continue until 4 a.m. the next day.
Park is famous for having been part of boy band 2PM before his departure in 2000 following the leak of his rant about Korea on a SNS Web site went viral. Since then Park has come back as a solo artist and even starred in a movie “Mr. Idol.”