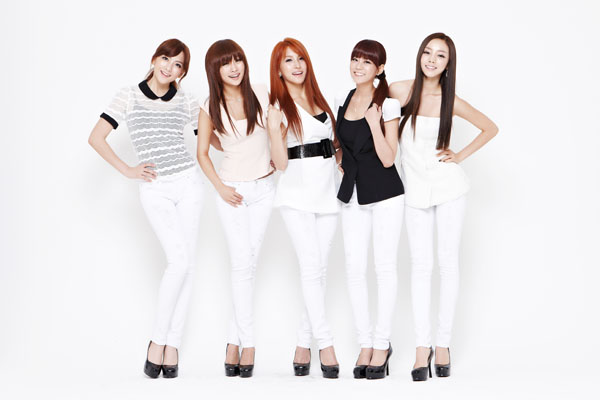 According to Japanese music-chart company Oricon, Korean band KARA is currently ranked fourth on its list of musical artists who made the most this year in record sales.
.
The 44th annual ranking reported that from Dec. 27, 2010, to Dec. 19, 2011, KARA made some 73.2 trillion won ($62,875,568) in CD and DVD sales. Revenue from performances and other sources were not included in the sum.

The five-member idol band is a success in Japan and its second album “Super Girl” sold 275,000 copies in the first week of its launch.
The album remained in the No. 1 spot on the weekly Oricon chart for four consecutive weeks. The success of the album was made more notable due to the fact that the band didn’t partake in any extra promotion for its release. Some 500,000 copies of the album have been sold to date.

The band is preparing for its maiden performance at the 26th Golden Disk Awards, which will take place in Osaka, Japan, in January.