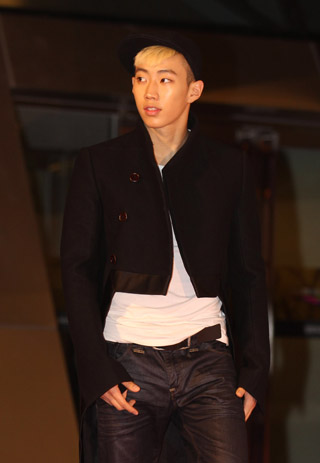 Singer Jay Park released his new album “New Breed: Part 1” online at the stroke of midnight on Dec. 28. Since then, the album has reached the No. 1 spot on various music charts online from Olleh Music to Bugs and Soribada, among others. The album consists of five tracks, and all these songs have made most-downloaded lists online.

The tracks featured on the digital album are “Star,” “Enjoy the Show,” “Up and Down,” “I Got Your Back” and “Not Without You.” The album contains a variety of genres, including R&B, pop, hip-hop and dance, showcasing the versatility of Park’s talent.

Apart from the title song “Star,” the singer is said to have participated in song-writing and musical production for the tracks.

Park will also take to the stage alongside Asian-American group Far East Movement at the “Highlight Festival 2012 Countdown” at the Sheraton Grande Walkerhill in Seoul on Dec. 31. At this event, Park will perform the song “Star” for the very first time.

Far East Movement and Park became acquainted during Park’s childhood in the United States. The band requested that Park perform at the electronic music and dance event.