Everyone's a winner at the MBC Entertainment Awards

Everyone's a winner at the MBC Entertainment Awards 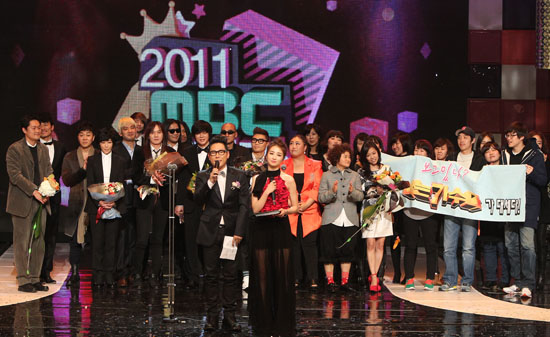 At this year's MBC Entertainment Awards, accolades were presented to programs as a whole rather than to individuals, meaning that nearly every entertainer present was recognized at least once.

The award for best entertainment work went to the singing survival show "I am a Singer," quite a feat for the show, which faced a lot of uncertainty at its premiere in March. The contest program broke the mold by featuring less-popular and older singers in a primetime slot.

"Three Wheels" was picked as the best variety show, while out of the comedy programs, sitcom "High Kick: The Revenge of the Short-legged" was selected for top honors.

A special award for singers was also presented to the boy band Super Junior.