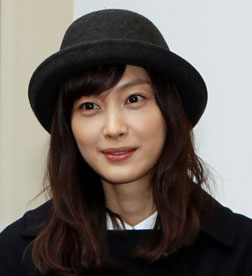 Lee Na-young is best known for playing lovable and relatable characters in films. But the actress will tackle a new role, tossing aside romanticism for the suspense and thrill of a female detective.

Lee will star in the big-screen action-thriller “Howling” along with Korean actor Song Kang-ho, who is famed for his versatile acting skills. Song has previously played lead roles in various crime and action movies such as “Snow Piercer” and “Hindsight.”

The film is centered on two detectives - an overly ambitious male inspector and his partner, a female rookie. The dynamics between the two spice up the plot as the duo attempts to track down a serial killer on the loose.

The 32-year-old actress said that she started preparing for her new role months ahead of production. Since Lee’s character is often seen riding a motorbike, she obtained a driving permit and practiced riding for six months prior to filming.

Shot by the acclaimed director Yoo Ha, “Howling” is due for a February release.