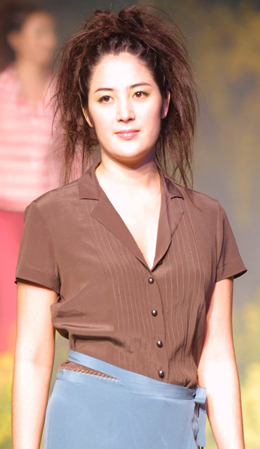 Hallyu star Lee Byung-hun’s sister Lee Eun-hee is set to wed on March 17. The former model and Miss Korea contestant will tie the knot at The Raum Center in Cheongdam-dong, southern Seoul.

The 34-year-old bride-to-be told Ilgan Sports of her plans to marry last September in an exclusive interview. At the time, the model said that she and her husband-to-be had already consulted their family members and set the date for a fall wedding. However, the wedding was postponed while Lee Byung-hun filmed the Hollywood blockbuster “G.I Joe 2: Retaliation” in the United States.

Lee’s fiancé is said to be of mild and pleasant disposition and well-liked among his peers. Unlike Lee and her brother, the 35-year-old groom is an average salaryman.

A source within the industry told the JoongAng Ilbo that, “Despite the fact that the groom is your average Joe, let’s not forget that the bride’s brother is superstar Lee Byung-hun. The wedding will definitely be nothing less than spectacular.”

Lee Byung-hun is a Korean actor who is popular in Korea as well as Japan, where he is referred to as “Byunsama”. The 41-year-old actor rose to fame in Hollywood in the “G.I. Joe” movies.