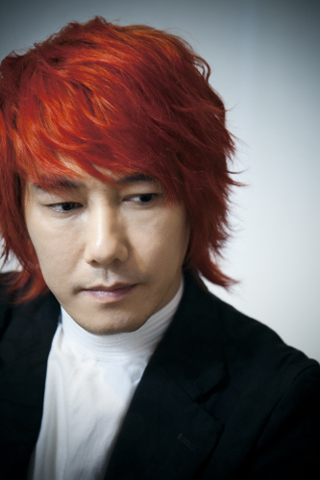 Singer Kim Jang-hoon and Professor Seo Kyung-duk have joined forces again in a project to raise awareness about the plight of so-called “comfort women.”

“Comfort women” is a euphemism for women who were forced into sexual slavery during World War II by the Japanese military.

Seo, a visiting professor at Sungshin Women’s University, said Jan. 5 that some 1,500 posters were distributed around Tokyo with the help of a group of Korean students studying in Japan.

The posters were placed around locations in Shinjuku, Shibuya and Harajuku, among other urban areas.

Seo said that Kim paid for all the expenses for the posters, just as he did when he paid for a similar ad in the Asian edition of The Wall Street Journal last December.

Like the ad, the poster is titled “Do You Hear?” and shows the women and their supporters at their 1,000th protest rally held outside the Japanese Embassy in Seoul on Dec. 14. It also details information about the injustice the women have suffered over the years because the Japanese government has yet to make an official apology.

“The poster aims to appeal to Japanese youth who are not aware of the situation, because they were never taught what really happened,” Seo said.

The professor said that next week there are plans to place another 1,500 posters in Osaka, Kyoto and Kansai.