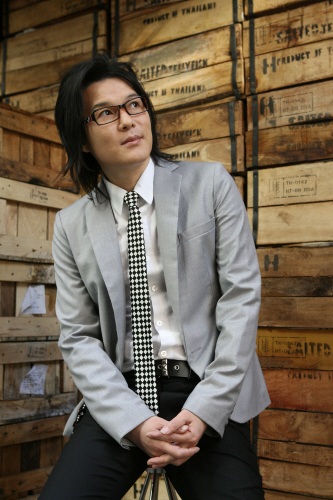 On Jan. 9 tvN announced the second celebrity to star on the channel’s reality opera-singing show, “Opera Star 2012”: rocker Kim Jong-seo. The first singer to be named was Park Ji-yoon earlier on Jan. 4.

“Kim Jong-seo has confirmed his participation on the show. As the powerful and unique possessor of a high-range vocal register, we are anticipating just how Kim will be able to adapt to the opera genre,” said a representative from the program.

Meanwhile the singer had added, “Rock and opera are totally different modes of singing, thus I don’t think it will be an easy task for me to pick up the opera-genre. Nevertheless I am a rocker and will give it my best. Hopefully it will work out.” Kim is a veteran rock singer who made his debut with the Korean rock band Sinawe in 1987.

“Opera Star” is the Korean version of the hit British show “Popstar to Operastar.” In the show’s first season last year, singer Tei placed first, a designation that also awarded her the opportunity to produce an album with the London Philharmonic Orchestra. Last week, singer Park was the first contestant to be named, generating much hype for the show, airing on Feb. 10.