Actor Yoo Ah-in to become the face of Samchuly bicycles

Actor Yoo Ah-in to become the face of Samchuly bicycles 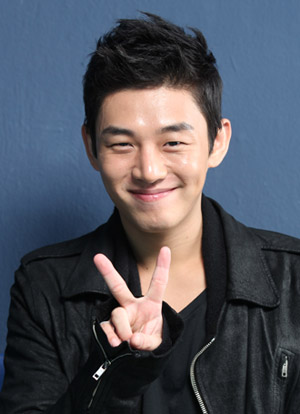 Actor Yoo Ah-in and his co-star Lee Se-young of the drama “Bachelor’s Vegetable Store” have been chosen by Samchuly bicycle company to represent the brand.

“We feel that Yoo’s carefree and energetic character and Lee’s cute and vibrant personality would fit in well with our brand’s image,” said a representative from the company. In signing exclusive contracts with the two actors, the company said it hopes to reinforce the notion of riding bicycles with loved ones.

“Bachelor’s Vegetable Store” airs on Channel A on Wednesday and Thursday nights. The 25-year-old Yoo is a child actor who received much acclaim for his acting skills in this year’s smash hit Korean movie “Wandeuki,” (“Punch”), which is based on the novel of the same name by Kim Ryeo-ryeong. The book sold 700,000 copies after its publication in 2008 and is a coming-of-age tale about a teenage boy from a multiethnic family who struggles to find his way in the world.

This is the second endorsement contract landed by the entertainer in the last month. The rising star was also selected by the new sportswear brand Diadora to be its spokesmodel on Dec. 26.