Actress Hyeun Young in a relationship

Actress Hyeun Young in a relationship 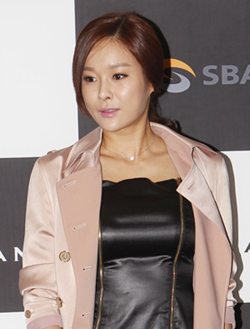 Actress Hyeun Young’s agency confirmed on Jan. 11 that, “Hyeun Young is currently dating a man who works for a foreign finance company.”
It is alleged that the two met through mutual friends and have been dating from last August. The current boyfriend of the comic entertainer is thought to be an executive at a finance company as well as tall and handsome.

However the entertainer’s agency denied any plans for a wedding, saying that, “For now they are content and all is going well in the relationship.”

Last week, on an episode of the SBS channel’s morning show program “Good Morning” the actress revealed that this year she has scaled down her work commitment to make more time for herself. Furthermore, the 35-year old entertainer expressed hopes of marrying this year.

Previously Hyeun Young dated fellow entertainer Kim Jong-min for two years before calling it quits in 2009. The two have spoken openly of their failed relationship on various shows, citing that frequent bickering was the reason for the couple’s parting. Hyeun Young debuted in the entertainment world as a model in 1997 and since then has participated in various movies and television programs, as well as dabbling in singing – most notably with her 2006 novelty song “Noona’s Dream”, a parody of the 2004 eurodance hit “Dragostea din tei.” She is known for her high-pitched, almost cartoon-like voice.