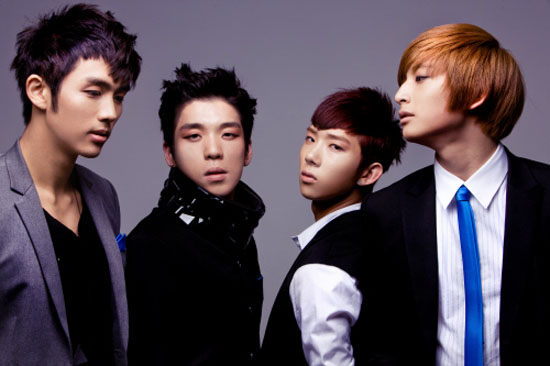 
Boy band 2AM released its first Japanese-language single on Jan. 11.

The new song, “Never Let You Go,” was a hit originally sung in Korean and released in the band’s home nation in 2010. The Japanese-language version sold 11,210 copies on the day of its release and reached the third spot on the Oricon daily singles chart.

The band also made its first television appearance in Japan on the day of the record’s release. The four-member band performed, was interviewed and showed off their various talents on the hit television program “Made in BS Japan.”

The band will hold events Jan. 14 to 15 to commemorate the single’s launch in Osaka and Kanagawa. Then the group will kick-start its tour of Japan, which will run from Jan. 24 until Jan. 29 with stops in Nagoya, Tokyo and Osaka. According to the band’s agency, the shows were sold out within 10 minutes of going on sale on Dec. 17.