New MBC drama beats out rivals after only 3 episodes

New MBC drama beats out rivals after only 3 episodes 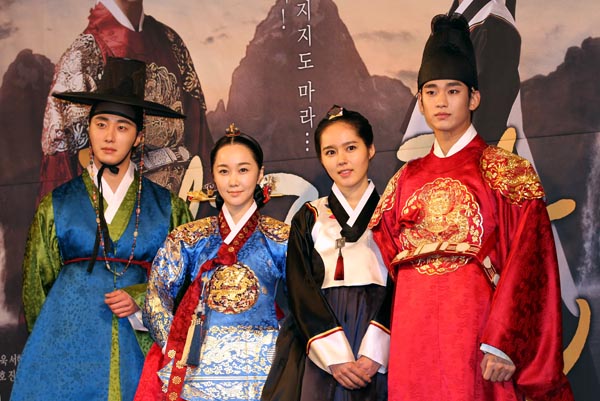 MBC drama “The Moon Embracing the Sun” has wowed critics by reaching first place in viewer ratings just two weeks into its run.

During the show’s third episode, 23.2 percent of viewers tuned in, compared to 9.4 percent for SBS’s “Please Captain” and 6.4 percent for KBS-2’s “Wild Romance,” which air at the same time.

Although there was a lot of hype surrounding the new drama, which stars Han Ga-in, Kim Soo-hyun and Jung Il-woo, observers were still surprised by the show’s quick rise, especially in the age of on-demand entertainment where fans can download and watch shows at any time.

The show made its debut on Jan. 4, attracting 18 percent of viewers nationwide, and is now the highest-rated weekday drama. It is based on a novel by Jung Eun-gwol and tells the story of a love triangle between three members of the royal family during the Joseon Dynasty.