T-ara and Davichi can’t perform in the U.S due to visa restrictions

T-ara and Davichi can’t perform in the U.S due to visa restrictions 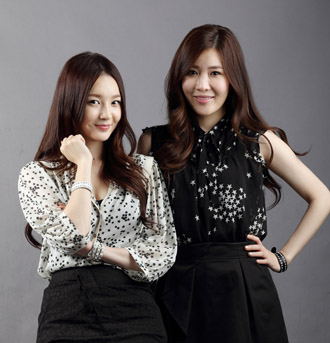 Plans for a U.S. concert by T-ara, Davichi and Yangpa have been delayed by a U.S. promoter who forgot to apply for their visas.

The groups were to perform in San Francisco on Jan. 13 at an event called “K-pop Power & Beauty in San Francisco” at the Bill Graham Civic Auditorium. But those plans were scuttled when the U.S. concert producer was unable to secure visas for the stars. The concert has been rescheduled for April.

“We don’t understand how they forgot to apply for the visas. We trusted them,” said a representative from Core Contents Media, which represents all three bands. “It is especially unfortunate for T-ara. We cleared the band’s schedule for the concert, even though they were invited to perform on various programs. For us, the damage is massive.”

The agency said that the bands have already apologized to fans slated to attend the concert. The agency will confirm the new concert date later this month after making arrangements with the production company in the United States.

The concert was to have been the agency’s first in the United States and all 8,000 tickets were sold.