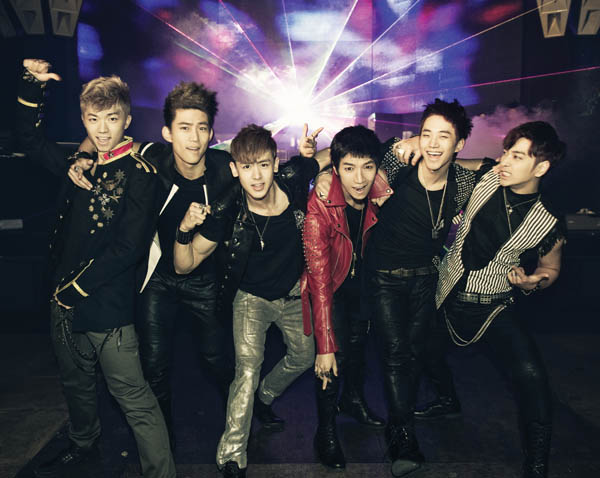 The album, “Republic of 2PM,” was first released in Japan last November and “consists of all the songs that the band performed in Japan in 2010,” according to the band’s agency.

“This album is the culmination of the band’s hard work in Japan for over a year,” the agency said.

It consists of 12 songs, including three singles released by the band in 2010 as well as a piece composed by Junsu and other hits by the band — all sung in Japanese.

The Korean boy band is doing extremely well in Japan and its agency announced in December that the band will have six consecutive shows at the 10,000-seat Nippon Budokan in Tokyo during the summer of 2012.

“Other K-pop acts have performed at Nippon Budokan, but never for six consecutive shows. 2PM will be the first-ever Korean band to do that,” a representative from JYP Entertainment said. “Given that the band only made their debut in Japan last year, this is a phenomenal feat.”