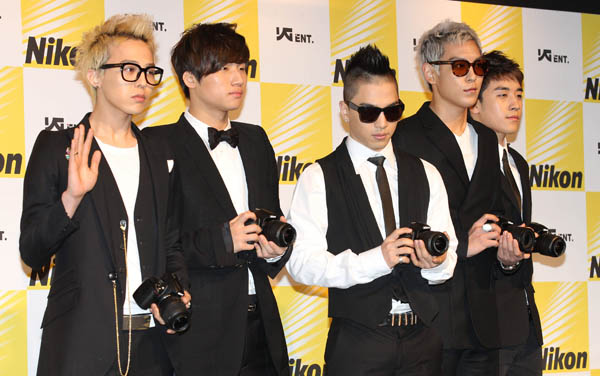 Big Bang is set to appear live this week on Japanese television for the first time since being rocked by two consecutive scandals last year.

The boy band will perform on Asahi TV’s popular music program “Music Station” on Jan. 20 and will sing the track “Tonight” taken from its “Best Of” album.

Earlier this month on Jan. 7 and 8, the band participated in the “YG Family Concert” at the Kyocera Dome in Osaka, Japan. Some 80,000 fans attended the event, where a number of YG Entertainment singers took to the stage. Besides Big Bang, Se7en, Jinusean, 2NE1, Psy, Gummy and Tablo performed. The same performers will also take part in a concert at the Saitama Super Arena on Jan. 21 and 22.

Last May, Big Bang member Daesung was involved in a car accident that left a motorcyclist dead, though it was unclear who was responsible for the death as the biker had already been hit by another car before Daesung ran him over. G-Dragon got himself in hot water by smoking marijuana at a club in Japan last October. After the controversies emerged, the group temporarily ceased its promotional activities in Japan until returning to the stage at the “YG Family Concert.”