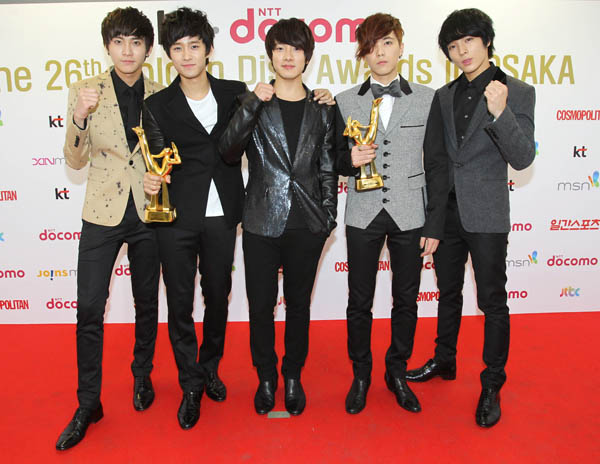 FT Island is due to release a fourth mini-album titled “Grown-up” on Tuesday. The title of the album symbolizes the band’s new image, the group’s agency said yesterday.

Compared to their previous albums, “Grown-up” is comprised of rock ballads with much slower tempos.“ In almost all of the tracks, including the hit ‘Cruelly,’ you can really feel that the band as matured,” a representative from the band’s agency said. “Throughout the album, you will notice a difference in the band’s music from its previous albums.”

The album’s cover photo was also revealed yesterday, showing all five members in a brooding pose. A teaser video for the album will also be released today.

The five-member band is currently one of the hottest K-pop acts in China, Korea and Japan. Its members won two awards at the 26th annual Golden Disk Awards on Jan. 12 in Osaka, Japan. They were presented with the Fun & Fearless Musician award as well as the Rock award.