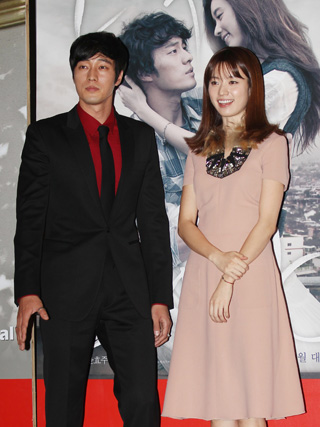 Hallyu actors So Ji-sub and Han Hyo-joo are in Thailand to participate in the first annual Hua Hin International Film Festival, which is screening their new film “Always.”

The festival opened yesterday and continues through Sunday in Hua Hin, a favorite holiday destination of the Thai royal family.

So’s agency 51K announced yesterday that the two will hold press conferences and participate in interviews for the film, which will be shown at 40 theaters in Thailand starting Feb. 2. The film is one of 50 at the festival.

“Always” is a tragic love story about a former down-on-his-luck boxer who falls for a woman who is losing her sight yet still sees the joy in life.

The movie opened in Korea in October of last year and was a huge hit.