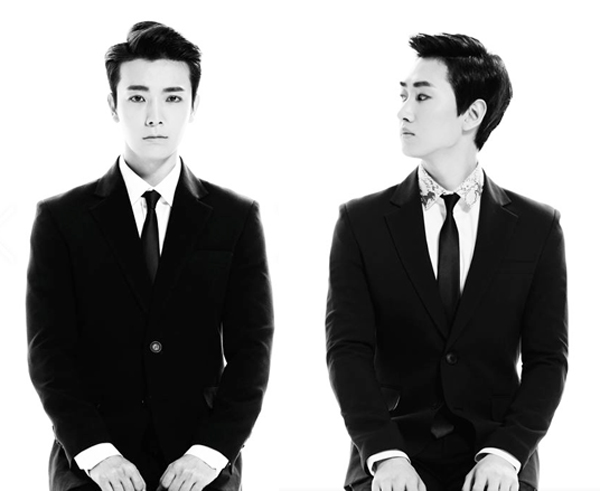 The concerts, which launched Thursday, marked the finale of the group’s first Japanese tour, which garnered audiences of more than 100,000 in eight cities, including Osaka, Fukuoka and Sapporo.

Donghae & Eunhyuk is a duo comprised of Lee Dong-hae and Eun-hyuk, two Super Junior members. They released their first single, “Oppa, Oppa,” in 2011, and have won great support from fans in the Asia-Pacific region since.

“I am so happy to come back to Budokan, the place where our group sang for the first time in front of Japanese fans in 2008,” the duo said at the concert.

“I can’t believe we’ve made it this far. Thank you everyone, Arigato.”

Dong-hae and Eun-hyuk are usually considered to be the best dancers from Super Junior.

At their finale show Saturday, they performed several dance numbers, including “I Wanna Dance,” “Oppa, Oppa” and “A Man in Love.”