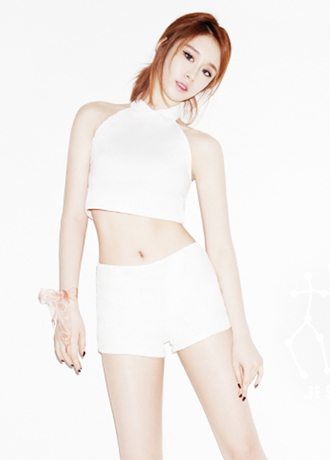 Park Ji-yeon, of K-pop girl group T-ara, will release her first mini-album as a solo artist on May 20.

After suspending the release due to the April 16 Sewol tragedy, her agency finally decided it was time to debut the 20-year-old’s work. Park is the first member of her group to go solo.

“In her solo album, we’ve tried to feature some different sides of Ji-yeon,” an official from the singer’s agency told local media.

Park’s new song, ‘1 Min 1 Sec,’ which was composed by Double Sidekick, puts emphasis on the singer’s newfound feminine and sexy image, differing from her young and girly portrayal in T-ara.

Core Contents, Park’s agency, plans to post a 30-second video clip of the new song tomorrow on YouTube as a teaser for international fans.