Actor Song Il-gook to become a father of triplets

Actor Song Il-gook to become a father of triplets 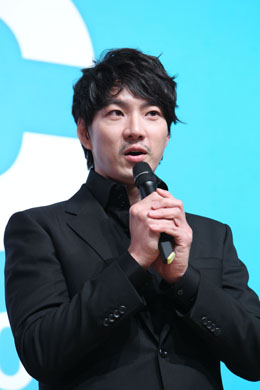 Actor Song Il-gook will become a father of not just one baby, but triplets, the actor recently announced with joy.

According to Song’s agency, his family is very excited about the pregnancy and eagerly awaits the arrival of the newborns. Song is rumored to be taking time off from his busy filming schedule to learn more about parenting.

“Despite the fact that Song is busy filming ‘Fermentation Family,’ the actor is doing all he can to prepare for the birth of his children,” said a representative from the star’s agency.

The entertainer tied the knot with a judge from the Busan area in 2008. Song’s announcement about the triplets came after speculation began to pick up about the actor and his wife, since the two had not conceived any children in about four years of marriage.