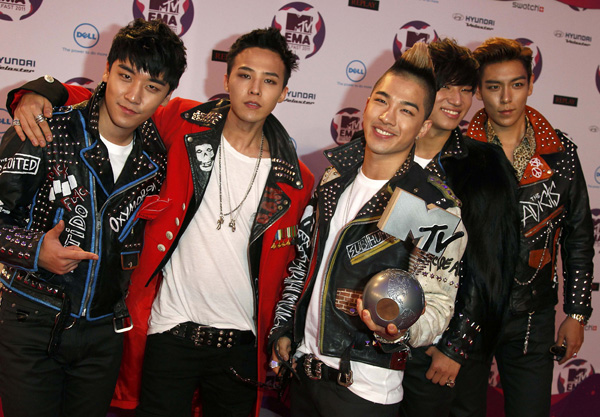 
Boy band Big Bang unveiled the name of the seventh and final track to be featured in the band’s fifth EP, “Alive,” slated for release on Feb. 29.

The EP’s first track was initially revealed on Jan. 26 through the band’s agency’s blog. Since then, songs have been announced on a staggered basis. The final track had been unknown until yesterday. This lucky number seven is a solo song by Daesung.

The new EP is the band’s first in 10 months; their last was the “Special Album” released back in April of last year.

Band leader G-Dragon put a lot of time and effort into the new album, writing the lyrics for all the songs as well as taking part in the musical composition.

Fans are eagerly awaiting the announcement that will kick off the band’s EP promotion.

Big Bang will perform solo concerts from March 2 to 4 at Olympic Stadium in southeastern Seoul. At the “Big Show,” it is expected that the K-pop band will perform some songs from its new EP.