Gaga to kick off world tour in Seoul

Gaga to kick off world tour in Seoul 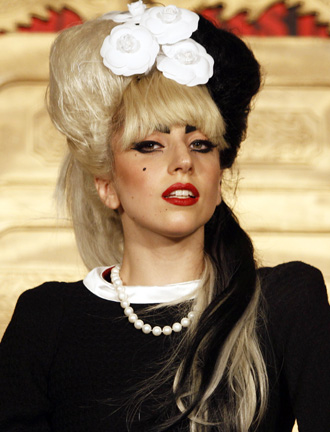 WASHINGTON - American pop diva Lady Gaga Wednesday unveiled the first dates for her upcoming world tour, which she has dubbed the “Born This Way Ball” and will kick off in Seoul.

She is expected to do 110 shows this year and revealed the dates and locations of an initial 11 concerts.

The eccentric star tweeted the first dates to her massive fan base on Twitter, just under 19 million followers, saying the shows will kick off in Seoul on April 27.

From there, Gaga will take her act to Hong Kong, Japan, Singapore, New Zealand and Australia.

“The ‘Born This Way Ball’ will perform 110 shows around the world. The opening dates are out today, with more announcements to ensue,” Gaga announced.

Gaga, known for sporting the pop industry’s most lavish and often most impractical outfits, is expected to produce a show-stopping series of concerts.

“Just saw first photos of the stage being built. Just peed all the way down to my Chanel shoes!!” Gaga wrote on Twitter last month as preparations were ramping up for the tour. AFP