In the bubble of K-pop, bigger is not always better

In the bubble of K-pop, bigger is not always better 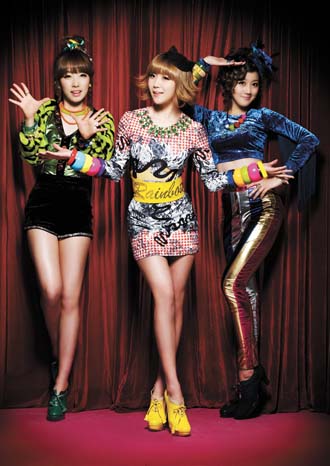 The trio Rainbow Pixie, from left, Kim Ji-sook, Oh Seung-a and Cho Hyun-young, is one of the newest sub-groups to emerge.

To keep up with the fast moving world of K-pop, it’s no longer enough to follow your favorite boy or girl band. These days, fans have to keep track of an ever-changing array of smaller groups that come together almost as fast as they break apart.

These smaller groups are often formed from an already proven success, with bands like Super Junior and After School giving rise to newer and sometimes better versions of themselves before they are absorbed back into the original band or spun off again into another duo or trio.

Orchestrating this wave of constant combinations are the entertainment agencies who train and finance the bands until they turn out a profit.

By breaking down groups and repackaging them, the companies can spotlight individual members of K-pop super groups, which can consist of as many as 10 members or more. Members of the smaller groups are featured for more than just a few seconds each per song and the companies build a stronger fan base for the original group. 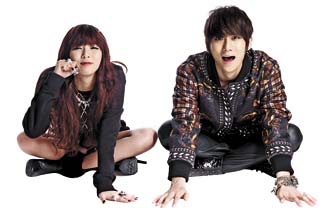 According to pop music critic Kim Jag-ga, pop groups need to constantly evolve in order to make a profit for the huge companies that train and finance the bands.

SM Entertainment was the first to try this strategy when it broke the 13-member boy band Super Junior into four smaller groups each with its own style and concept. Two years after the group’s debut in 2005, the company introduced fans to Super Junior T, a six-member group known for trot music hits, Super Junior M, a seven-member group with two Chinese nationals and a hit album released in China and Japan, and Super Junior Happy, a sextet known for its jubilant tunes and the 2008 EP “Cooking?Cooking!” But the most successful group by far has been Super Junior-K.R.Y., a trio of balladeers comprising the three best vocalists in the group. Their album “Fly” from last year has topped charts and the group has toured Japan three times.

The success of these sub-groups has led other major bands to follow their lead, with some of the smaller groups attracting even more attention then the originals.

That was the case with Orange Caramel, a quartet featuring the four youngest members of the girl group After School. The group was formed in 2010 and got their first taste of fame with an EP they released that June. They won fans over with their doll-like appearance and cute performances and they’ve topped online music charts with songs such as “A-ing,” and “Shanghai Romance.”

One of the newest groups to emerge is Rainbow Pixie, which debuted with the song “Hoi Hoi” and consists of three members of the girl group Rainbow.

It’s gimmick is colorful costuming and choreography with lots of waving magic wands.

In other cases, the sub-group directs fans back to the original group.

The duo that is Sistar 19 won fame for its fast songs and short skirts, quickly surpassing the popularity of the four-member group that gave it its name. In its original incarnation, Sistar was known for light and cheerful songs.

Sometimes, the new groups are formed with members from other bands from the same entertainment agency.

Cube Entertainment used this tactic to form Trouble Maker. The popular group was a duo consisting of Hyun-A from 4Minute and Jang Hyun-seung from Beast and its self-titled EP went to No. 1 on various music charts.

But in a reflection of how quickly these groups come together and fade away, Trouble Maker is already part of K-pop history.