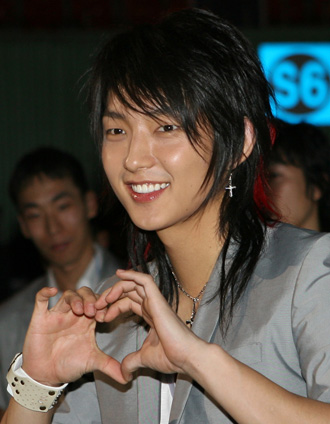 Lee Joon-gi is just days away from completing his mandatory military service on Feb. 16, and his agency already has a jam-packed scheduled prepared for him.

First, Lee will release a new album in Japan next month, betting that his popularity there outlasted his military service.

Titled “Deucer,” the album is comprised of four new songs selected by the entertainer.

“The new single will mark the second phase of my life after conscription,” Lee said. “The title track ‘Together’ encapsulates the feeling of optimism that I have about the future.”

On the day he is discharged, Lee will also host a fan meeting. The one-hour event will take place at Sangmyung Art Center in central Seoul. Around 655 fans, including some from China and Japan, will attend the event. Tickets for the event went on sale on Jan. 10 and sold out in one minute.

Later in the month, Lee will travel to Japan and hold fan meetings there from March 16 to 19. He will also hold promotional events for the new album.