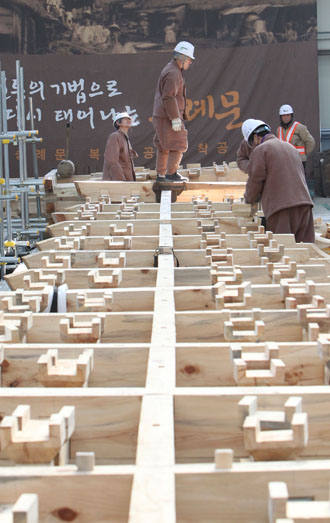 Carpenters yesterday assemble decorative girders that will be put under the ceiling of Sungnyemun, which is currently under a two-year reconstruction. A press tour of the progress made thus far was arranged yesterday - the fourth anniversary of the destruction of the ancient wooden gate, also known as Namdaemun, by an arson attack. Sungnyemun is Korea’s National Treasure No. 1.