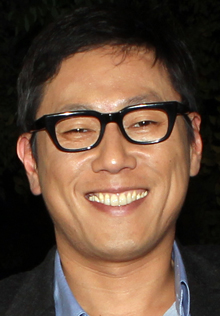 Singer and TV personality Yoon Jong-shin revealed that he is suffering from Crohn’s disease during an interview on SBS’ “Healing Camp” that aired Monday.
Yoon, who appeared on the show with his wife, said, “In most cases, the disease is not fatal, but it is quite dangerous,” adding that there is no cure at the moment.
Crohn’s disease is an inflammatory bowel disease that affects the stomach and intestines from the mouth to the anus. The disease causes immune deficiency and can lead to other complications, including skin rashes and arthritis.
The singer said he underwent surgery in January 2006, when he began dating his wife, because the disease caused his intestines to narrow. He said he told her about the disease and she accepted him into her life regardless.
“After a short period of dating, I knew I wanted to marry him. I had no intention of breaking up with him because he was sick,” Jeon Mi-ra, the singer’s wife and a former professional tennis player, said during the interview.
Yesterday, Yoon thanked fans who saw the program with a post on his Twitter page, writing: “I’d like to thank those who listened to my and my family’s story on ‘Healing Camp.’ I’d also like to thank the hosts for receiving the story so warmly.”