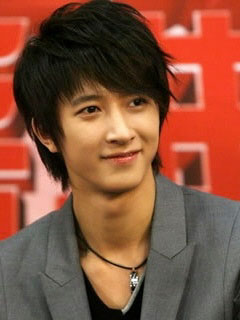 A user of the Chinese SNS Web site weibo.com saw the two lovers on a date and uploaded pictures of the two. Following this post, another netizen made said that Han Geng took his new girlfriend and her parents on a trip to the Maldives. Photos of the two taken at Chengdu airport started circulating online, fuelling the speculations.

On Feb. 4, Jiang posted a status update on her personal Wiebo page saying, “I will be forever grateful, having found this person.”

Meanwhile the agencies of the two entertainers have not released any official statements regarding the matter. “We have been unable to confirm the rumor as yet,” said a representative from Jiang’s agency.