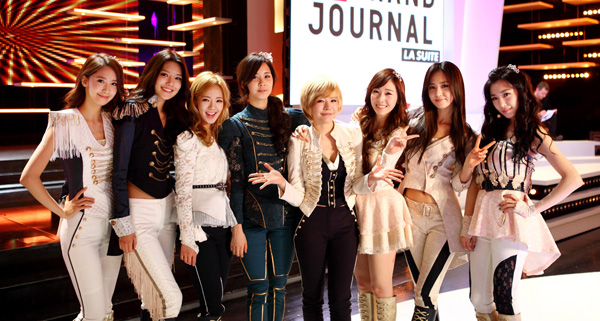 K-pop girl group Girls’ Generation has stunned not just fans but also the staff of The Associated Press by generating tens of thousands of hits on the news wire’s Web site.

The girls were interviewed by The AP while making television appearances in the United States early this month.

As The AP distributes its content to publications worldwide, it doesn’t usually generate a lot of hits on its own Web site. However, the interview with Girls’ Generation saw so much traffic that representatives of the news wire said they were shocked.

“We looked at where the hits were coming from and we noticed that the viewers were from not just Korea and Asia, but all over the world. Girls’ Generation proved that they are well known all throughout the globe,” said a representative from The AP.

The girls were cheerful, polite and eager subjects during the interview, according to staff members that were present.