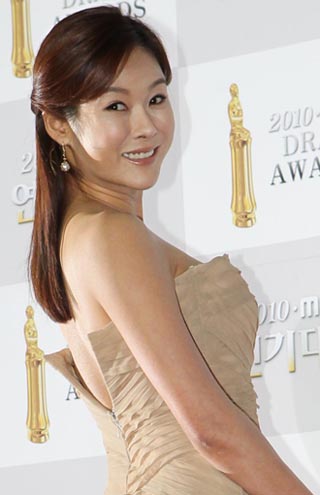 Actress Hyun Young’s agency announced on Feb. 17 that comedian Boom will host the entertainer’s wedding ceremony to take place on March 3 at THE Sheraton Grande Walkerhill in Gwangjang-dong, Seoul. In addition the agency said that singer Son Ho-young and the band Noel will sing at the wedding.

Through her agency, the 35-year-old actress expressed her thanks to the fans who have been congratulating her. “I promise that we will love and respect one another for the rest of our lives. I would like to ask for your love and support as we embark on our marriage,” said Hyun Young.

On Jan. 15 Hyun Young made the shock announcement that she would tie the knot to her boyfriend, whom she has dated since August last year. The groom is said to be four years her senior and working for a foreign finance company. The two met in March 2011 through mutual friends and began dating later that year.