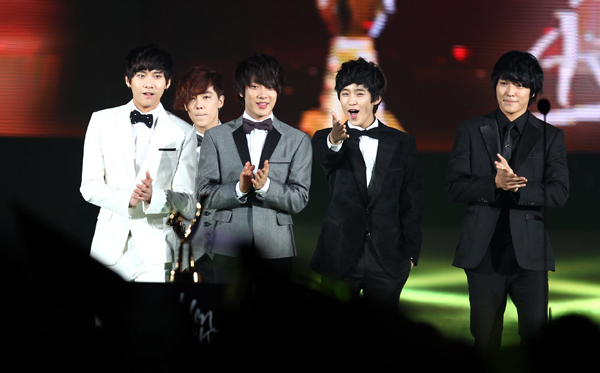 
K-pop band FT Island’s song “Neverland” has been chosen as the theme song for the soundtrack of Japanese animation movie “Ozma.”

The animation has been created by the famous Japanese animator Reiji Matsumoto, whose works include “Galaxy Express 999” and “Space Battleship Yamato.” It is being produced to commemorate WOWOW TV network’s 20th anniversary and will air for the first time on March 16.

Meanwhile FT Island is also set to take on the United States in a few weeks when they join fellow K-pop band CN Blue at the Nokia Theater in Los Angeles for a concert on March 9.

Last week a representative from FNC Music, which represents the two groups, said that the concert will be a great push forward for the stars as they look to enter the global music market. It will also be the first time that the two bands will share a stage.