Beast No. 1 on China video charts

Beast No. 1 on China video charts 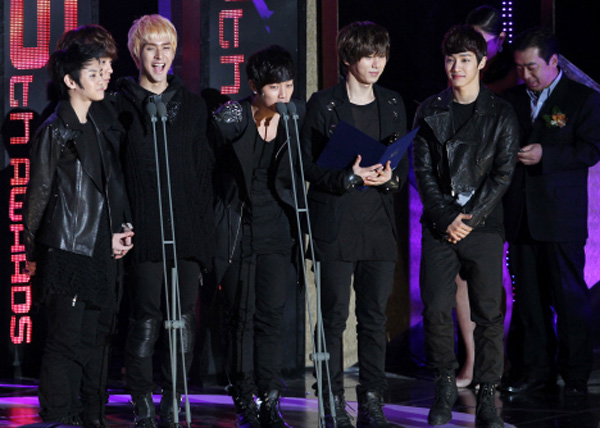 The song “Mystery,” from the band’s 2009 debut EP, didn’t have an accompanying video until the band filmed one before kicking off its “2012 Beast 1st World Tour – Beautiful Show” in Seoul on Feb. 4. After the concert, the video was released online on Feb. 14 due to high demand from fans.

“The music video’s success is a testament to just how popular the band is in China,” said a representative from Beast’s record label, Cube Entertainment.

The band will perform for their Chinese fans in Shanghai on Feb. 25.