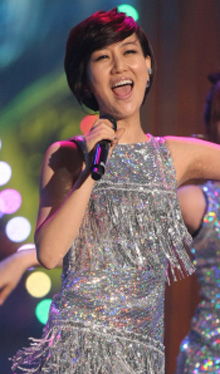 The man behind the fake nude pictures of trot singer Jang Yoon-jung has been caught. The Dongjak Police Precinct in Seoul announced on Feb. 22 that the man, a Daejeon security guard in his 50s, has been indicted for spreading a doctored photo of a nude Jang back in 2005.

But as the crime was committed more than five years ago, the police said the statute of limitations had expired and that they could not pursue charges against the guard.

“He claimed that he spread the material but didn’t create the image himself. He also claims that he does not remember the site from which he downloaded the photo,” a Dongjak Police representative said.

Despite it being seven years old, the image has been spreading rampantly lately, especially on smartphones with photo-sharing applications.

Jang filed a complaint with the police on Feb. 14, when she first came across the picture. The case was then assigned to the Dongjak Police for investigation.