Will.i.am hits the town with 2NE1

Will.i.am hits the town with 2NE1 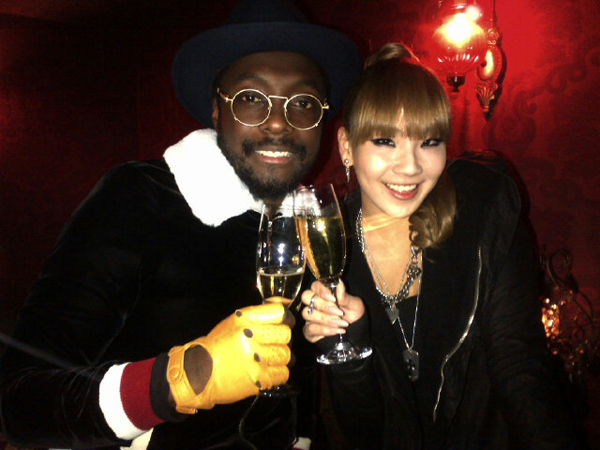 Black Eyed Peas’ frontman will.i.am has posted pictures of himself and 2NE1 members on his Twitter on Feb.27. The singer was in Korea for a deejaying performance at Club Answer in Cheongdam-dong, southern Seoul on Feb. 29.

In the pictures, the rapper can be seen posing with Park Bom, Sandara Park and CL, while Minzy was absent.

In regards to the missing girl group member, will.i.am tweeted, “minzy can't come inside the club tonight... its 20 and over :( we will party for minzy.”

This isn’t the first time that the U.S rapper and the K-pop group have combined forces. At the Mnet Asian Music Awards in Singapore last November, will.i.am collaborated with K-pop performer CL from girl group 2NE1 when the two sang “Where Is the Love?” MTV Iggy’s Web site listed the performance as No. 1 on its “Top 10 Dream Collaborations” list for 2011.