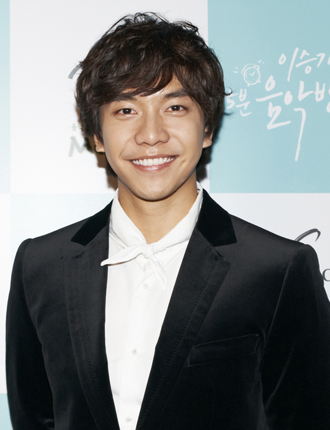 K-pop solo artist Lee Seung-gi has conquered the Oricon chart in Japan, though he only premiered in country yesterday.

Lee’s debut single and title track off his album, “Alone in Love,” also known as “Time for Love,” reached No. 1 on the day of its release, having sold 18,642 copies. The single album also contains the song“You’re My Friend.”

Lee is set to actively promote himself in Japan after his work in Korea is complete.

He is currently filming the MBC drama “King 2 Hearts,” set to air from March 14.

On June 1, just three months after his Japanese debut, Lee will perform at the Nippon Budokan in Tokyo, a famed concert hall reserved for top performing artists.

In January, ahead of his debut, Lee expressed his enthusiasm about being able to perform at the Budokan.

“I’m thrilled to announce that I will be performing at the legendary venue. I know that the Budokan is not just any concert hall,” he said at the time.