Evan to commemorate new album with a performance

Evan to commemorate new album with a performance 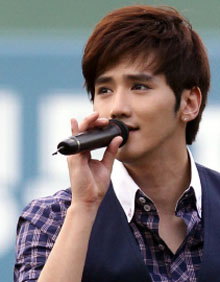 At the concert, Evan will sing a diverse range of songs from his past hits, tunes from the new album as well as covers.

The album containing the title track “Trying Not to Remember” was launched on Feb. 14 and comprises of six tracks.

The album marked the 28-year old singer’s return to the K-pop scene after a two-year absence.

Evan made his debut in 2007 with the album “Hard to Breathe.” Since then he released his second album “Pain Reliever” in 2008 and third album “Anew” in 2010. The 28-year old singer is a former member of boy band Click-B from the late 90s. The band made its debut in 1999 with a self-titled album; some of their hit songs were “One” and “Alone.”