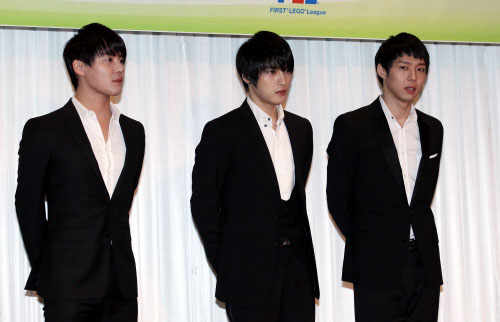 JYJ has apologized following the leak of an audio recording this week of the boy band physically and verbally assaulting its fans in 2009. At a press conference on Thursday, members tried to explain that the nonstop attention they receive can be overwhelming, and they focused on experiences when fans acted inappropriately.

“To be watched by someone at all times and to be followed everywhere, it’s like living in a prison without bars,” the group said.

Member Park Yu-chun recounted several incidents, including one in which a female fan broke into his home and attempted to kiss him while he was sleeping.

“These fans are not your average fans. They will find out our private details, record phone conversations to upload them online, place tracking devices on our cars in order to follow us around all day,” he said.