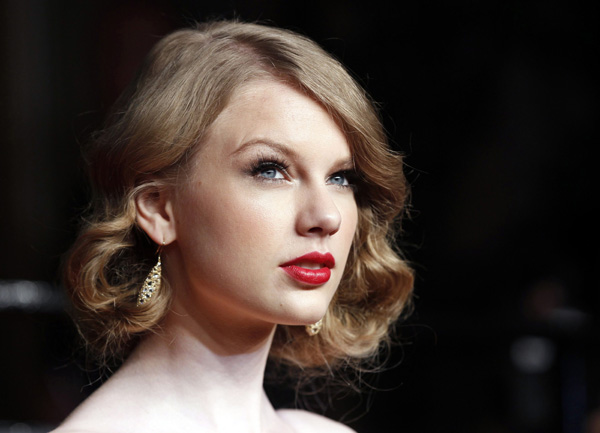 
LOS ANGELES - Country singer Taylor Swift, 22, was named Billboard Magazine’s biggest moneymaker on Friday, beating powerhouses U2, Lady Gaga and Adele to top the list with earnings of more than $35 million in 2011.

The list was compiled by the music magazine’s editors using data from Boxscore archives of U.S. concert gross figures, Nielsen SoundScan data for album and single sales on physical and digital platforms and Nielsen BDS data on musical airplay on radio, downloads and online streaming sites such as Spotify.

Swift, a native of Wyomissing, Pennsylvania, kicked off her career as a teenager with a self-titled album that included her first single “Tim McGraw,” and has since built a strong musical career.

The singer won over critics and fans with her raw, honest lyrics and themes of teenage love and life.