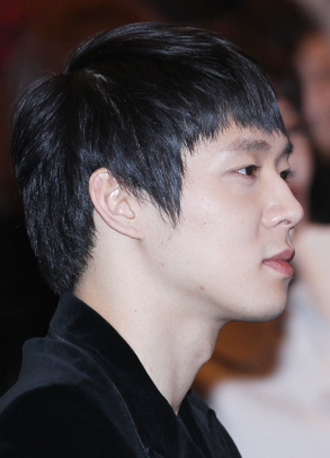 JYJ’s Park Yu-chun was consoled by his celebrity friends who kept vigil with the entertainer after his father’s sudden passing.

Park touched down in Seoul on Wednesday afternoon after touring South America with his band. Although the singer missed his father’s passing while in transit, he quickly made his way to the funeral parlor at a hospital in Gangnam District, southern Seoul.

Park spent the night there with his actor brother Park Yu-hwan, their mother and his manager, greeting mourners who came by to pay their respects.

Fellow JYJ members Kim Jae-joong and Junsu also stayed the night at the hospital, as well as actress Song Ji-hyo, who belongs to the same agency as Park.

Entertainers who stopped by to show their support for Park and his bereaved family included singer Alex, Junsu’s brother and singer Juno, Nicole from KARA and actress Han Ji-min. Security has been stepped up at the venue so that only friends and family of Park can be admitted.