New law to make rape of boys into felony charge

New law to make rape of boys into felony charge 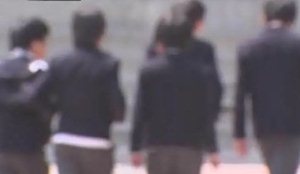 The rape of young males will be recognized as a punishable crime for the first time in Korea under the revised Child and Youth Protection Law set to come into effect today.

Previously, only girls were protected from rape under the law, and those who raped boys were convicted under “indecent assault.” But under this revision, those who attack boys can now be convicted for the more serious crime of rape.

The Ministry of Gender Equality and Family announced yesterday that the revised Child and Youth Protection Law, which underwent major changes in September 2011, will come into effect today.

In a measure to curb sexual offenses against minors, the new revisions strengthen the protection of victims of sexual violence and address societal issues, including prostitution of children and teenagers.

The wording in the initial clause on punishment for rape of “female children” has been revised to apply to “children,” which means it will be applicable to males, as well.

According to this revised legislation, the crime of raping a boy can be punishable by imprisonment of more than five years, which is higher than that for indecent assault, which is punishable by a year in prison or a fine between 5 million won ($4,435) and 20 million won. However, adult male rape victims are still not protected by the law.

Punishment of sexual crimes against the disabled has also been strengthened. Last year, the September release of the Korean film “Dogani,” or “The Crucible,” based on the real-life serial rapes and abuse of disabled students at Inhwa School, a specialized educational institute for disabled students in Gwangju, spurred national outrage.

A new policy comes into effect with the Youth Protection Law, and those who report prostitution of children and teenagers to the police will be rewarded a maximum of 1 million won starting from today.

Additionally, in the event that the convicted perpetrator of sexual assault against a student is a teacher or a person in a position of authority who should be protecting children, the punishable term will be increased by half.

Meanwhile, the Ministry of Gender Equality and Family expressed, “The new law regarding sexual assault against children and teenagers will strengthen their rights” and that the “gaps in the law to punish such crimes will be filled.”