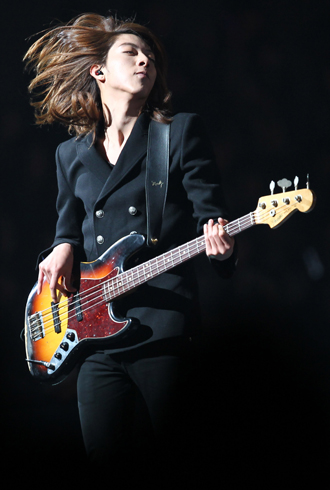 A teaser video for the title track of the album “Hey You” by CN Blue has been released online on March 19. In the preview video, the only member shown was the bassist and rapper Lee Jung-shin.

Lee is shown introducing the song to the fans.
“In this piece, there is an emphasis on the sound of bass, which is the instrument that I play.”

Fans have already responded to the one-minute video, expressing their excitement at the band’s new effort.

“It’s short but full of impact,” said one fan, while another said, “He’s come back as a fierce and tough guy.” The new image of Lee is generating much buzz about the album, which is due to be released on March 27. Subsequent teasers are slated to follow.