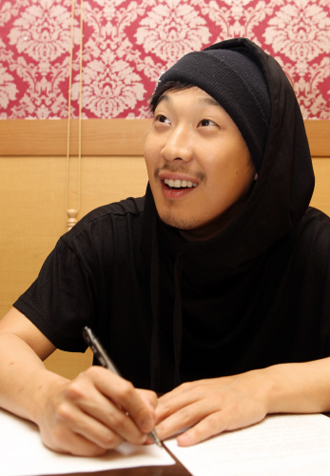 Singer Ha Ha will release an album on March 22 with the help of Taw. The two were once members of the band Z-kiri over 12 years ago.

Ha Ha used his Twitter account on March 20 to alert his followers about the upcoming release.
“12 years in the making, finally an album with Taw. The album’s title track “The Person Who Likes my Embrace” featuring Ha Dong-gyun is a gem and I’m so happy with the album. I’d really like your support as I’m quite nervous,” tweeted Ha Ha.

In addition, the singer uploaded a teaser music clip to the title track featuring model and actress Cha Ye-ryeon.
By Carla Sunwoo [carlasunwoo@joongang.co.kr]