JYJ to sue for defamation

JYJ to sue for defamation 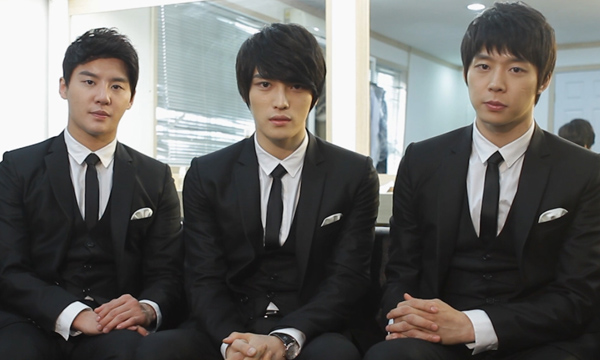 
JYJ’s agency said yesterday that it will take legal action against a media outlet that ran stories and leaked audio recordings of band members assaulting fans.
CJeS Entertainment said in a release that it plans to sue the news outlet, which it said published another article yesterday. It describes the article as a “Malicious and sensational article that no one wants to read, geared towards producing negative press for the band.”
The agency said that “The article published today, containing additional sound files, is one of the many continued slanderous attacks against the band. Since we can’t compromise, we have no other option but to sue.” The article is no longer available on the Internet.
The agency’s lawyer said via the release, “It is a crime to upload a recording of an individual and publish it with their name, without their permission. We believe this is an invasion of privacy and we plan to sue for defamation.”
CJeS said that the boy band was already distressed because the father of one of its members, Park Yu-chun, passed away on March 14, as the band was making its way back home from South America.
The original recording of Kim Jae-joong and Park Yu-chun verbally and physically abusing fans surfaced on March 6 on the entertainment news Web site Dispatch.