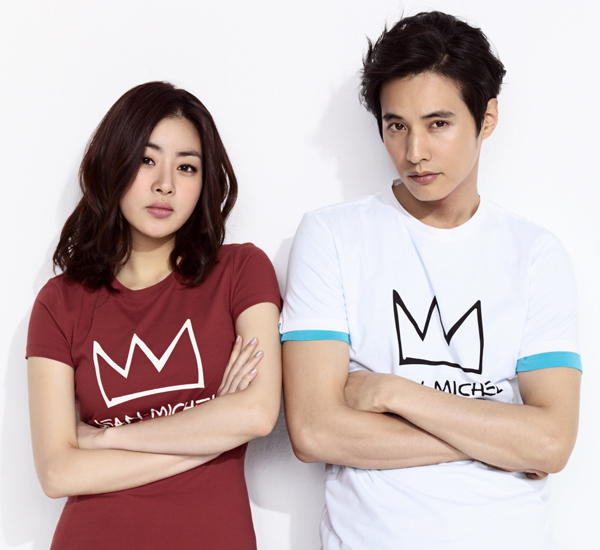 Kang So-ra has joined Wonbin as a model for the casual wear brand Basic House.

“We believe that Kang’s appeal to the general public as a healthy and vibrant actress aligned perfectly with the brand’s image,” a representative from Basic House said.

Kang has followed in the footsteps of actress Moon Geun-young in promoting the brand and has already shot advertisements with Hallyu actor Wonbin.

According to crew members on set, the chemistry between the two was perfect.

“Despite the fact that it was her first time, she was an absolute pro, and it all went well,” a crew member said.

Kang is a rising celebrity who starred in the KBS soap opera “The Women of Our Home” in 2011. She also held a key role in last year’s feel-good movie “Sunny” and is currently starring in the KBS drama “Dream High 2.”