1 in 5 sex assaults of minors by peers

1 in 5 sex assaults of minors by peers 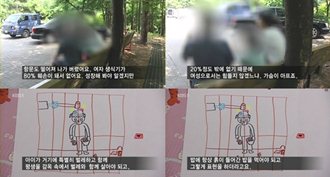 One out of five acts of sexual assault on minors is committed by another minor, according to a recent report.

A 15-year-old runaway middle school girl met a 17-year-old high school boy in an Internet chat room in July 2011. The high school boy and his friends took the girl to a motel in Seoul and, after getting her drunk, proceeded to gang-rape her.

Afterward, promising her a way to earn money, the boy coerced her into prostitution in cities including Seoul and Daejeon and then took the money for himself.

Many victims of sexual assault are runaways who make contact with their assailant on the Internet.

In Korea, a person under the age of 19 is considered a minor.

Meanwhile, the average age of sexually assaulted minors is getting younger, revealed the Ministry of Gender Equality and Family on Monday in a report on sexual crimes against children and teens.

The report was based an analysis of data from the Korean Institute of Criminology of 10,000 convicted cases for sexual assault of minors under the age of 19 including rape, molestation and prostitution between 2000 and 2010.

Almost a fifth of sexual assaults against minors were committed by relatives.

Kim Ji-sun, a researcher at the Korean Institute of Criminology, said, “There is a strong tendency in the case of sex crimes by a relative to first start with molestation, which is not easily discovered, and eventually advance into rape.”

Meanwhile 62.9 percent of the assailants of minors had a previous criminal record.

“Starting from September, sex offenders of minors will have to undergo a mandatory 100-hour rehabilitation and treatment program,” said Kang Jeong-min of the child and youth protection division of the Ministry of Gender Equality.

“Victims of sexual assault by relatives will be given priority in apartment leases so they can live separately from the assailant.”