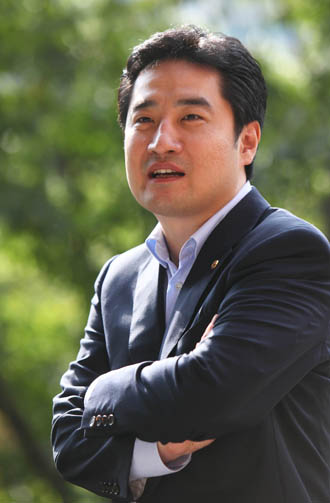 The program director of the fourth season of “Superstar K” announced at a production press conference yesterday that Representative Kang Yong-seok did indeed file an application to compete in the show.

“I was surprised to say the least, but honestly, it made me smile,” the director said.

The representative of the singing-audition program on Mnet added that Kang’s application again highlights the egalitarian nature of the show.

“If lawmaker Kang can apply for a spot, then really anyone who wants to take a shot at stardom is free to do so,” said Kim Tae-eun of Mnet.

“It is up to Kang’s talents to propel him into the next round. Kang’s background and profession will not give him an advantage.”

Meanwhile, singer Psy, who has been selected to be a member on the judging panel, said that he won’t be trying to psychoanalyze Kang’s motives. “He’s such an unlikely candidate, but whatever his motives may be, it’s irrelevant,” Psy said.