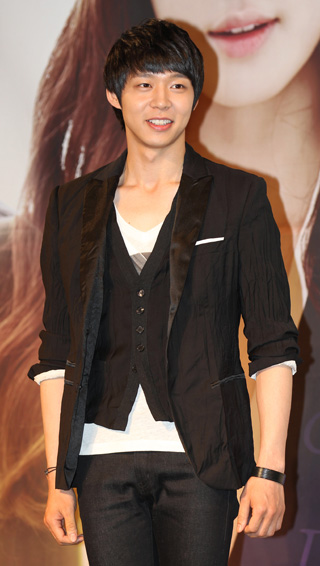 Park Yu-chun of JYJ held a fan meeting on Saturday for more than 500 Japanese fans.

According to Park’s agency yesterday, fans flew in for the special event staged at Yonsei University’s Centennial Hall.

During the two-hour program, fans listened to Park talk about his roles in a number of dramas and were also given the chance to make some gimbap (rice rolled in dry seaweed) with the K-pop star.

“Thank you so much for taking the time to come all the way here to see me,” Park said to the crowd. “My new drama ‘Rooftop Prince’ is a love story that you will all love. I hope you will continue to support all of my work.”

Cast members of the new SBS drama were also present at the event. Actors Jung Seok-won, Choi Woo-sik and Lee Min-ho made quick appearances to the delight of the crowd.

“You can’t imagine just how popular [Park] is in Japan at the moment,” an event organizer said.