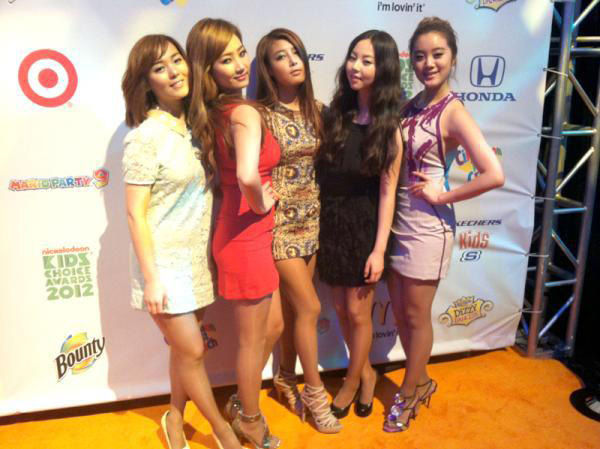 The girls rubbed shoulders with some Hollywood heavyweights, including Justin Bieber and Taylor Swift, and even the first lady, Michelle Obama.

The band competed against three other Asian performers for the Favorite Asian Act award: Agnes Monica from Indonesia, Yuna from Malaysia and Charice from the Philippines. The Filipino singer who rose to fame through YouTube took the award.

Nickelodeon is one of the most-watched cable channels in the United States and targets children from grade school to their early teens. The Kids’ Choice Awards honors celebrities and programs that have captivated this demographic.

Meanwhile, the K-pop group’s TV movie “The Wonder Girls” premiered on TeenNick in February. The Korean band made its entry into the U.S. market in 2007 with the backing of agency JYP Entertainment.