Anniversary of a tragedy

Anniversary of a tragedy 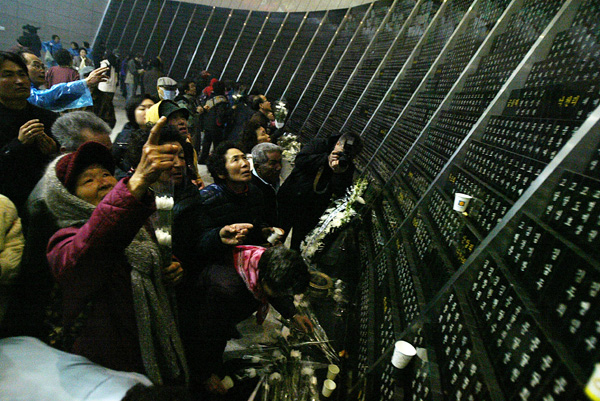 Bereaved family members of victims of the April 3 massacre in Jeju Island look for their relatives’ names at a memorial service yesterday. The uprising occurred to oppose a government that would only control South Korea after the liberation from imperial Japan. About 14,000 Jeju residents were killed by government forces between April 3, 1948 and Sept. 21, 1954. [NEWSIS]