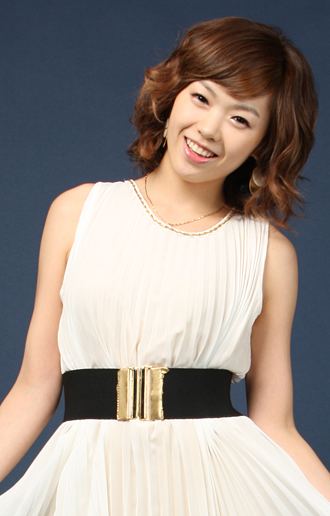 Hwang used her Facebook to alert fans, saying, “The date has been set. The wedding will be on Oct. 21.”

Hwang met her fiance while she was part of the girl group, which made its debut in 2007, and the two have been dating since.

In her prime, Hwang appeared in dramas such as “My Mom, Super Mom” (2007). When two members of the girl group, Yang Eun-ji and Ahn Jin-kyung, dropped out of the band in 2009, Hwang left the entertainment industry for good.

Meanwhile, a day earlier, news spread that another former member, Park So-ri, was pregnant and due to give birth in July.

“Park got married in January, and the due date is in July,” said a representative of Park.

Park is married to a man who is 11 years her senior and also working in show business.