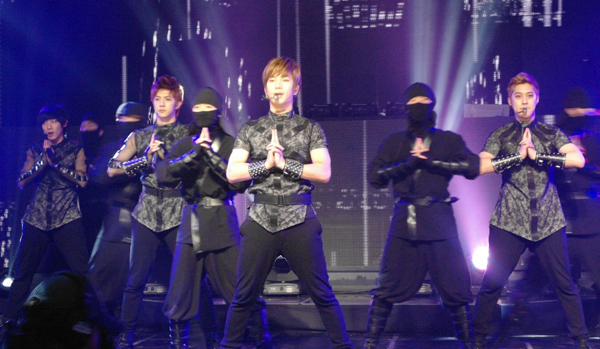 The concert will be entitled “The MBlaq% Tour” deriving its name from the band’s newly released fourth EP album “Blaq% Ver.”
“The members are currently in rehearsal for the tour as well as being busy with album promotions. They are determined to showcase a world-class act that will put K-pop on top,” said a representative from the group’s agency.

Meanwhile the group said they were stoked at the prospect of its first world tour.
“It’s been our dream since our debut to tour Asia, so needless to say we are thrilled,” said leader Seungho.
Fellow band member GO said, “We want to put on a show that will leave the audience gaping and saying, ‘MBlaq is the best.’”